The Board and Senior Executive Team 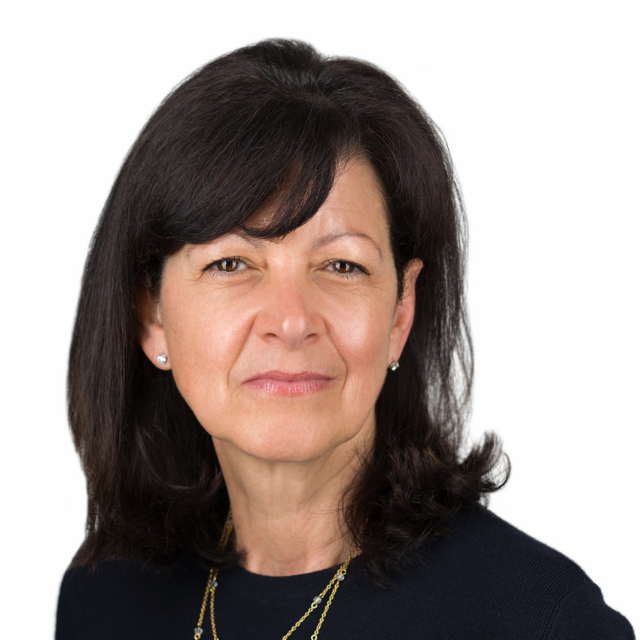 Alison has extensive international and leadership experience in customer-driven organisations in the healthcare, insurance and property sectors.

Alison was awarded a CMG for services to the Foreign Office in 2011 after six years on the FCO Board.

Alison is a Non-Executive Director at Tesco PLC, Chair of Legal & General Financial Advice and member of the Hampton-Alexander Review steering group. 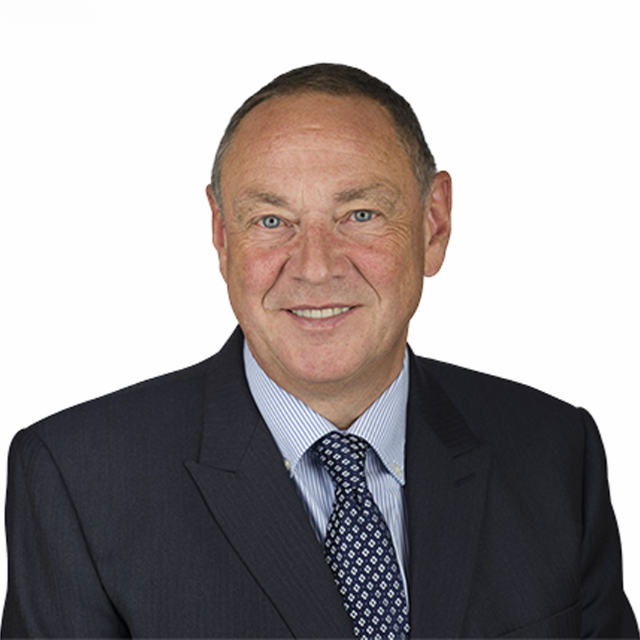 Ian has gained detailed knowledge and experience through various positions he has held within the pharmaceutical and veterinary arena. He has a solid understanding of business development both in the UK and globally. In particular he has extensive experience in M&A and in the successful delivery of strategic plans.

Ian joined NVS, Dechra’s former services business, at its formation in 1989 and was an integral part of the management buyout in 1997, becoming its Managing Director in 1998. He joined the Board in 1997 and became Chief Executive Officer in 2001. Ian has played a key role in the development of the Group’s growth strategy. 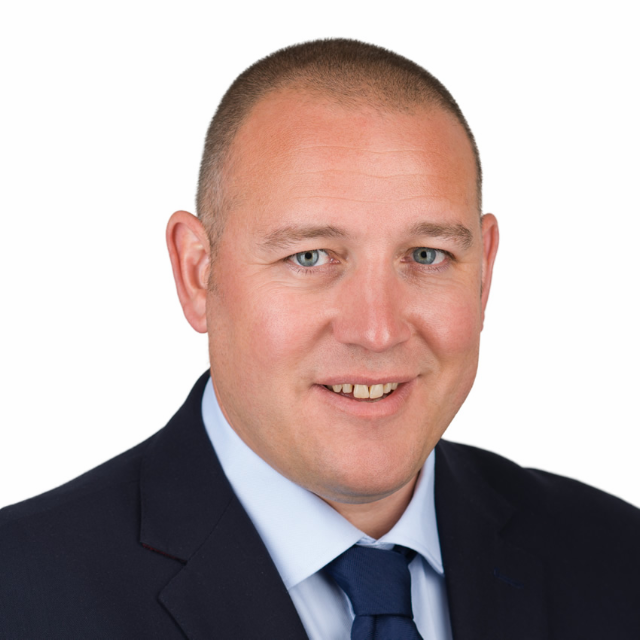 Paul qualified as a Chartered Certified Accountant in 2005. He spent five years post qualification at KPMG, during which time he was part of the team which advised the Group on its acquisition of VetXX in 2008. Paul joined Dechra in January 2010 and has worked both in Corporate as Group Financial Controller and in our sales and marketing organisation as the Group’s Dechra Veterinary Products EU Finance Director. Paul is the Board nominated Director responsible for health, safety and environmental matters. 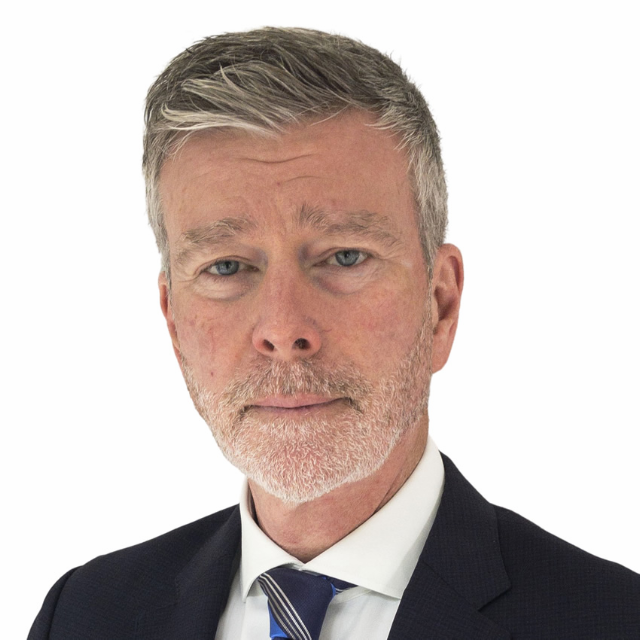 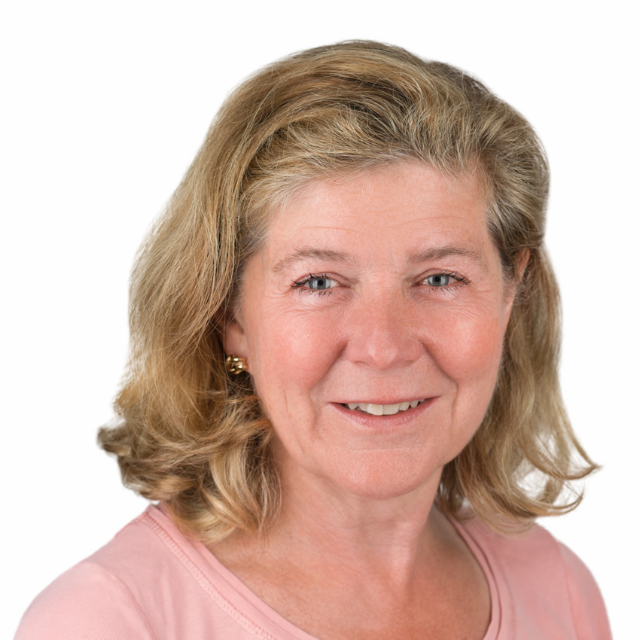 Ishbel has a broad range of PLC Board experience in a variety of roles, including Chairman, Audit Committee and Remuneration Committee Chairman. She has knowledge and understanding of City matters gained over 20 years’ experience as an investment banker, specialising in UK mid-market corporate finance.

Ishbel joined the Group as a Non-Executive Director in February 2013. Prior to this she was Head of UK Emerging Companies Corporate Finance at Dresdner Kleinwort Benson from 1999 to 2005, having previously worked at Hoare Govett and Barclays de Zoete Wedd. 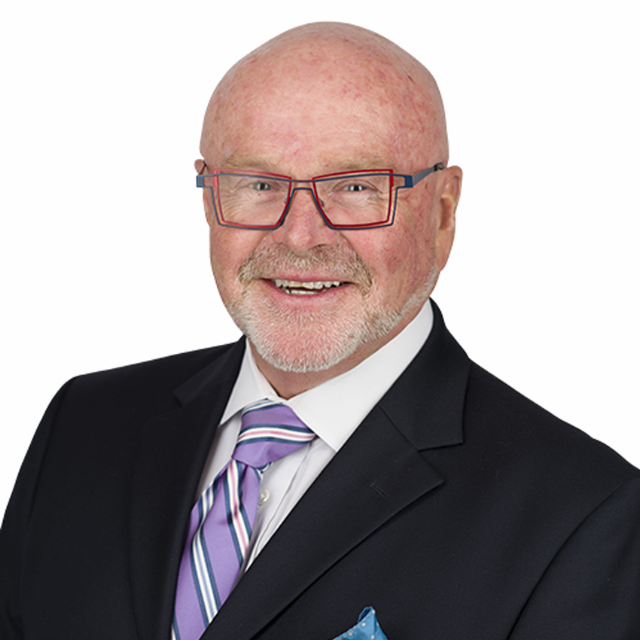 Lawson is a veterinarian, with over 30 years experience in a range of senior roles in pharmaceutical R&D, sales and marketing, as well as spending several years in veterinary practices.

Lawson joined the Board in December 2016. He served as Chief Executive Officer of Ambrx Inc. between 2013 and 2015, and prior to that led emerging business for Shire PLC. Lawson was with GSK from 1999 to 2011. His final role at GSK was to lead the strategic marketing, outcomes and reimbursement, project management and portfolio teams. Lawson has a PhD in viral pathobiology and is a pathologist, holding Fellowship of the Royal College of Pathologists as well as Membership of the Royal College of Veterinary Surgeons. 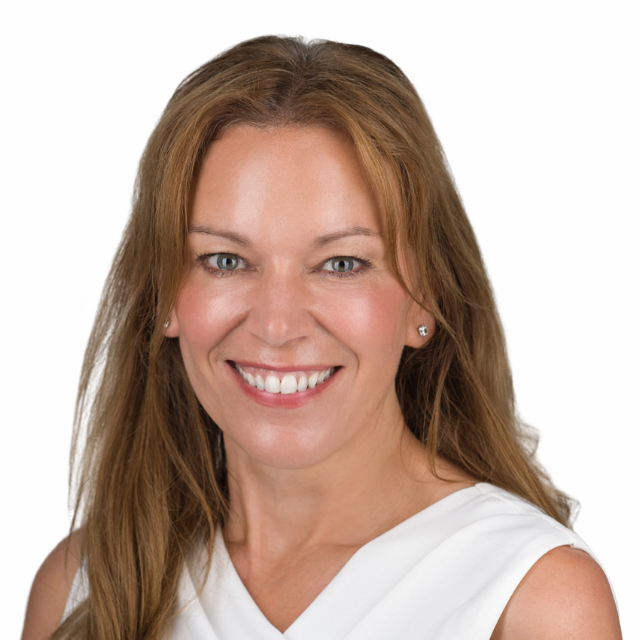 Lisa has strategic and operational leadership experience in global market leading pharmaceutical and emerging biotech companies gained over her 30 year career in the industry.

Lisa joined the Board in February 2019. She served as President International, and previously Chief Commercial and Corporate Affairs Officer of Intercept Pharmaceuticals, Inc, a global biopharmaceutical company focused on the development and commercialisation of novel therapeutics until January 2021. Prior to this, Lisa held various Vice President roles at Gilead Sciences, Inc and GlaxoSmithKline plc, in Regional General Management, Government Affairs, and sales and marketing.

Lisa is also a Non-Executive Director at Ascendis Pharma A/S. 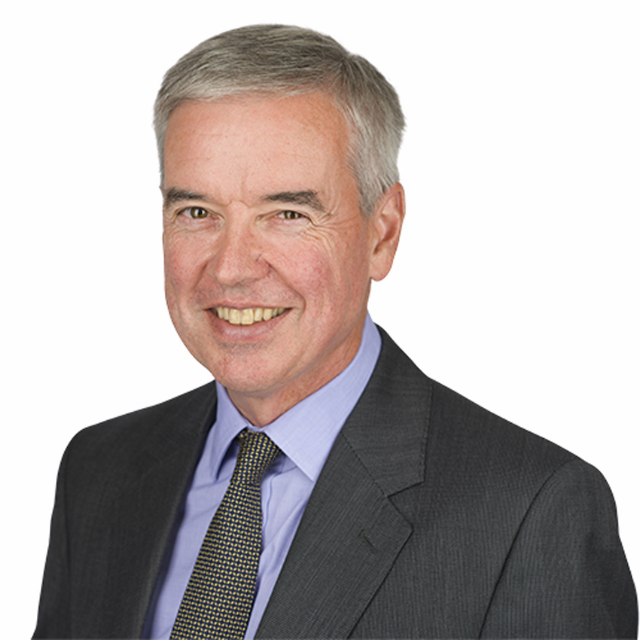 John has considerable financial and commercial experience as a result of senior financial roles he has held in engineering, technology and beverage sectors over the last 20 years.  He also has valuable experience leading innovative, high growth international companies.

John joined the Board in June 2022. He was Chief Financial Officer at FTSE100 Smiths Group PLC from January 2018 to April 2022.  Prior to this, for 12 years he was Chief Financial Officer for Dyson, the diversified global technology company where he was part of the team that led its international growth, particularly in Asia.  His previous experience includes a number of senior finance and strategy roles over 13 years at Diageo plc, including Finance Director for its Iberia region and Chief Financial Officer of Schieffelin & Somerset, a US joint venture between Diageo and LVMH. John is a Chartered Accountant and has an MBA from INSEAD.

The Senior Executive Team comprises the Executive Directors and the following: 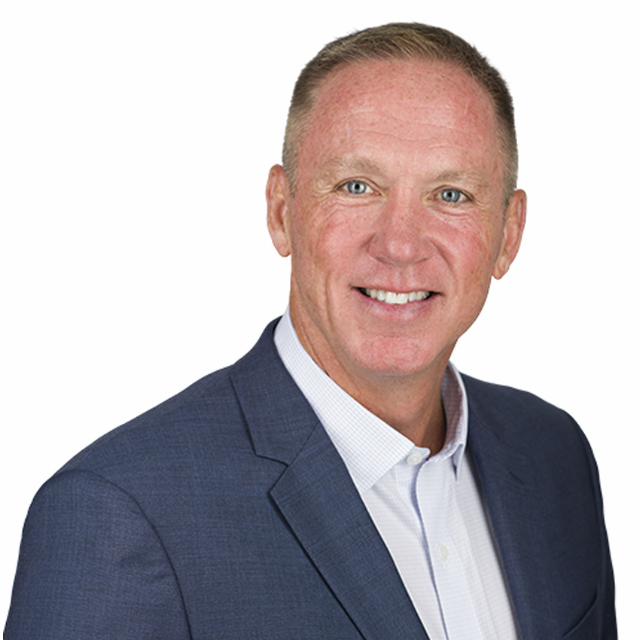 Mike joined Dechra in 2004 and is responsible for Dechra Veterinary Products’ North American business. Mike has more than 20 years’ experience in the animal health sector, having held senior positions in business development, sales and operations at Virbac Corporation, Fort Dodge Animal Health and Sanofi Animal Health. As our first employee in the USA, he has built the USA and Canadian team to 414 people. Mike has also been involved in several commercial agreements and acquisitions for the Group including Pharmaderm, DermaPet, Phycox Animal Health and Putney. Mike has a BA in Business, and an MBA. He is located in Kansas, USA. 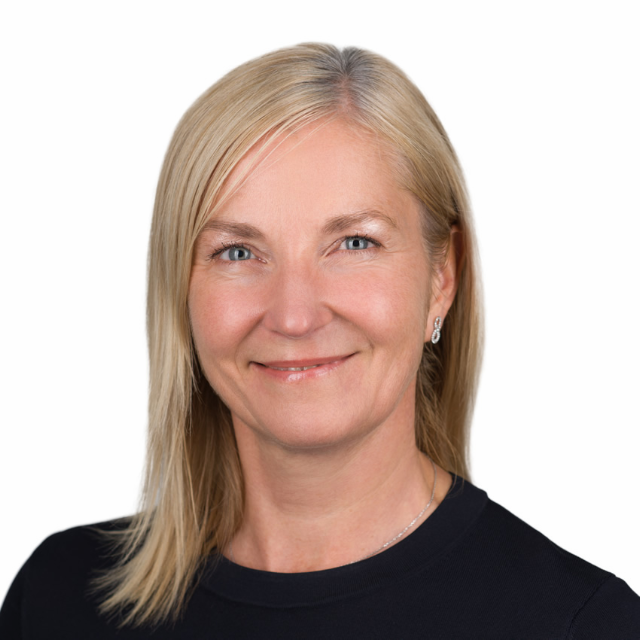 Katy joined Dechra in April 2014 from AppSense Ltd where she was the Vice President of HR Europe and Rest of the World. With over 15 years operating at Director level within Software, Health, Travel and Finance industries, Katy brings with her a wealth of HR expertise gained in both blue chip corporates and smaller entrepreneurial companies. She has strong international, leadership and M&A experience and has taken responsibility for driving the global people agenda for the Dechra Group. She is located at Head Office, Northwich, UK. 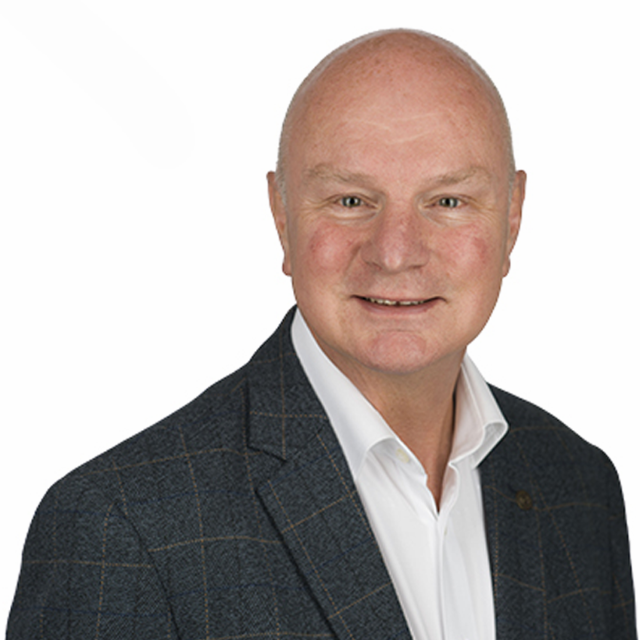 Giles joined Dechra in January 1999 as sales and marketing manager for Arnolds Veterinary Products having previously spent 14 years primarily involved in dairy farming business consultancy. During his time at Dechra he has been responsible for the launch and market development of our leading brand Vetoryl, as well as a number of our other key brands. Giles has also been an integral member of the teams that ensured fast and smooth integrations of several of our acquisitions, and in particular as lead in the integration of Apex in 2016 and Venco in 2019. In his role of Dechra Veterinary Products International Group Director, his responsibilities are extremely varied and involve managing and growing our existing business through ANZ and Latin American business and distribution partners, as well as further developing our Dechra International strategy through product registrations and market development. Giles has a BSc degree in Agricultural Technology. He is located in Sansaw, UK. 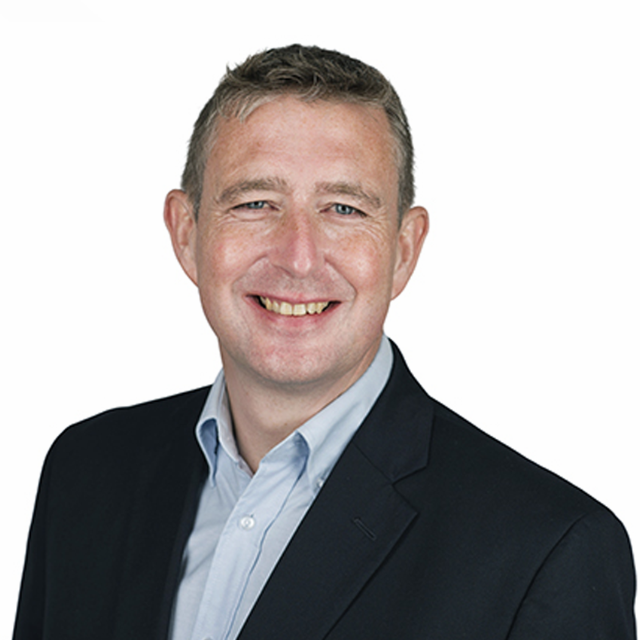 Before joining Dechra, Milton had senior financial roles in different manufacturing industries including  coatings, adhesives  and chemicals. Just prior to joining Dechra he worked for Aramark in the food and facilities services sector.

Milton is responsible for our internal and external manufacturing sites in Europe and the USA.

He is located in Northwich, UK 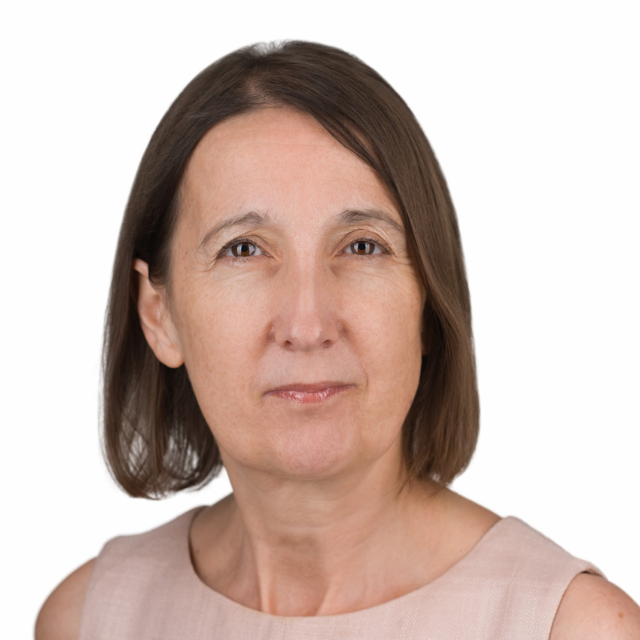 Melanie joined Dechra in January 2010 as the Assistant Company Secretary, and was promoted to Deputy Company Secretary in May 2015 and Company Secretary in July 2017. Prior to joining Dechra she has gained over 25 years’ experience in various company secretarial roles including at GKN plc, TRW Automotive Inc and Pendragon PLC.  Melanie is a Fellow of the Institute of Chartered Secretaries and Administrators.

Melanie is responsible for the Company Secretarial and Legal team. She is located at Head Office, Northwich, UK. 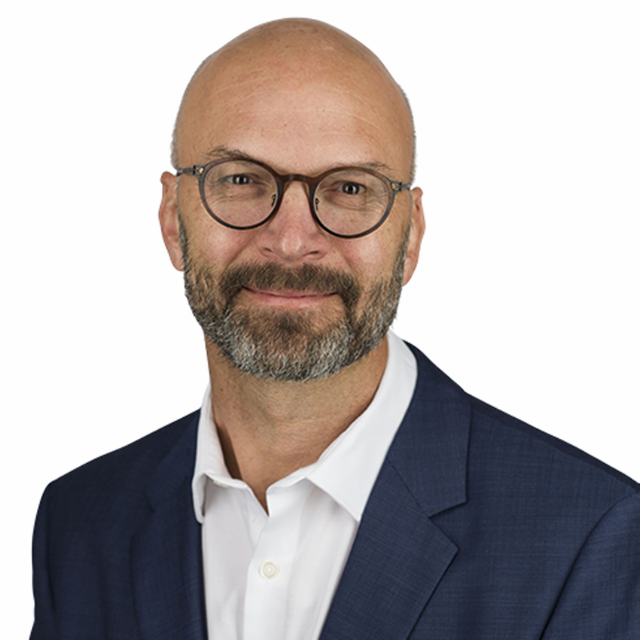 Patrick joined Dechra in July 2022, and has over 30 years’ experience in animal health covering vaccine, small molecule and diagnostics product development across all animal species, large and small. He also brings substantial international experience having lived and worked in academia and industry on four different continents. Prior to moving into industry he spent time doing research and teaching at the University of Zambia, the Tropical Institute of Antwerp (Belgium) and the University of Florida (US). In 2004 Patrick joined Pfizer Animal Health, now Zoetis, where he led a wide range of teams, projects and strategic initiatives from early discovery through product development and launch. He also led regional R&D hubs in Latin America and APAC for Zoetis, before joining Elanco in 2018 as the Senior/Executive Director of Companion Animal Product Development.

Patrick is currently based in Basel Switzerland within close proximity of Dechra’s UK, Croatian and Netherland’s teams.